Karate creates a strong body
from the inside out

To practice karate is not about following a simple workout program. It is about developing a deep connection with your body, and making it the tool your spirit can grow with. Karate-dō, more than a martial art, is a way of life (道 dō, way) — one that leads you to broaden your beliefs, expand your limits, and improve different aspects of life. It leads you to a better understanding of yourself.

Improve your mobility. Perform well under pressure. Quiet your mind. Be present.

Karate-dō is a martial art that works mind, skills and body in unison. A systematic conditioning of arms, hands, legs and feet.

To practice karate-dō is to seek individual improvement. It teaches discipline respect for others, and it can be practiced at all ages. All you need is consistency and the perseverance of training as often as possible.

Is Karate Japanese or Chinese?

Karate is not Chinese, but it is complicated.

As far as our research can tell, around the 13th Century, Okinawa was part of the Ryukyu Kingdom (Ryūkyū Ōkoku 琉球王国) and served the Chinese Empire. During that time, Okinawa had a fighting system called Te or Ti (手). Naha-te, Tomari-te, and Shuri-te — Okinawan Indigenous martial arts — helped to identify the differences between the practice in different villages.

The tight relationship between Ryukyu and China also echoed in the martial arts world. Some of the Chinese fighting styles and techniques were integrated into the Okinawan style, creating what was known as 唐手 (Tō-de) — Chinese Hands.

After many years of cultivating the Tō-de in Okinawa, some of its practitioners wanted to bring it to mainland Japan. And, to help with acceptance, they changed the name of the practice from 唐手 to 空手. 唐 (Tō) also reads as kara in Japanese, so they switched the kanji to 空, which has the same pronunciation but carries a different meaning: Empty. 唐手 (Tō-de) starts to be called 空手 (karate).

From our standpoint, karate is not Chinese. However, it does have very strong ties with Chinese martial arts.

What is the Purpose of Karate?

The purpose of Karate is the development of karate.

Karate was developed as a self-defense system, and it should remain as such. However, its insertion from Okinawa into the mainland Japanese culture also brought up new philosophical teachings, working not only the body but the mind and the spirit.

To practice karate-dō is to seek self-improvement.

Is Karate a Sport?

Karate is not a sport, however it currently has a sport component. So no, but also yes.

Karate is, in its ethos, a martial art. It was developed as a self-defense system, conditioning hands, legs and the body to be used as your weapon of choice. However, the best (or safest) way to test your skills is in a controlled environment, hence the development of competition style bouts (sport) is inevitable.

What is Traditional Karate?

Karate practice is “traditional by default”. Kihon (basics) kata (form) and kumite (sparring) are the three pillars of every training, and they work together to create a complete karateka. Traditional karate focuses on self-defence and personal growth and is applicable in everyday life.

Conversely, sports karate dedicates to either kumite or kata focusing on a point-based system. It may be integrated with traditional training, but it has a different purpose. 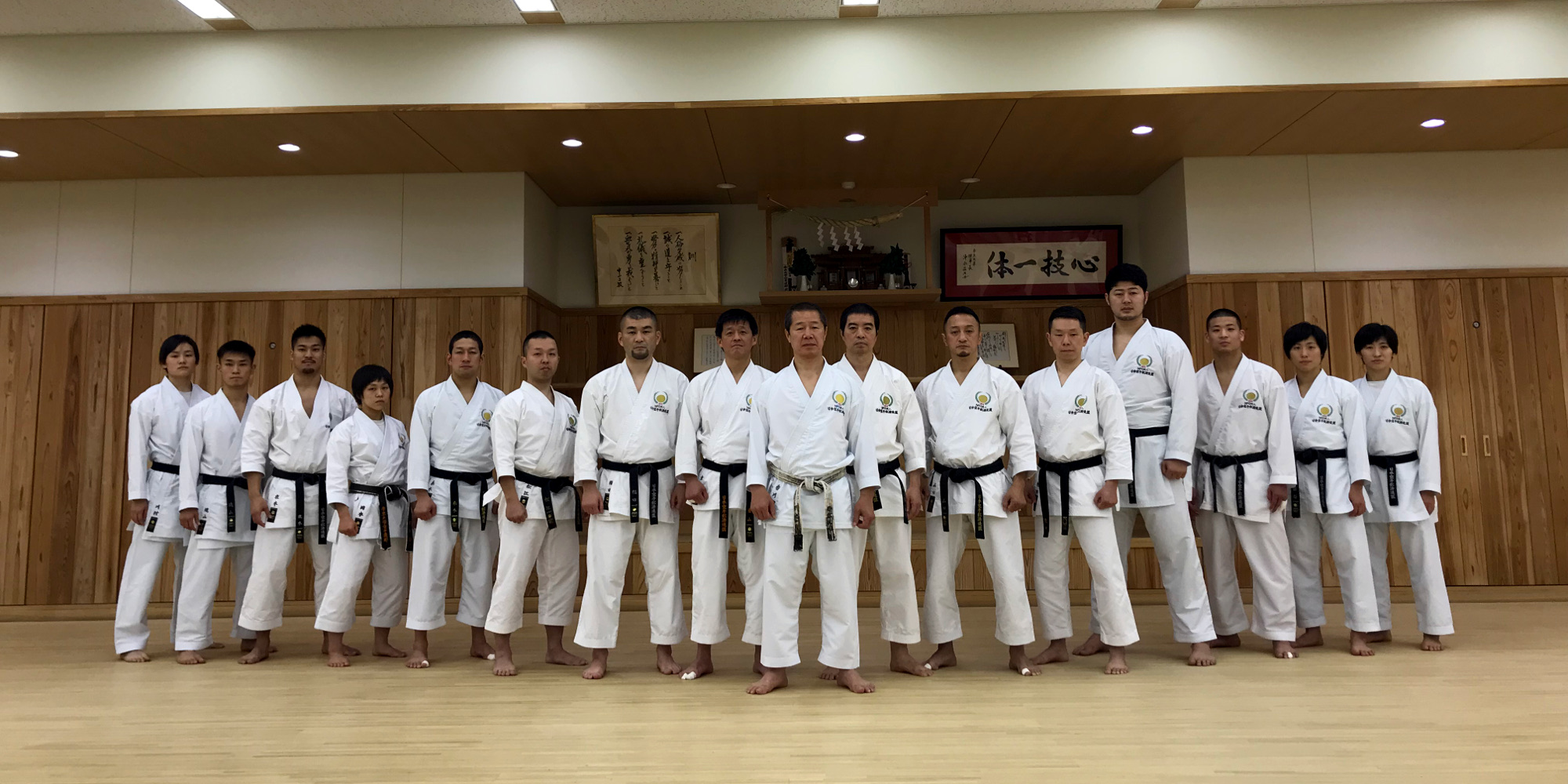 The Shinjigenkan Institute is associated to the Japan Karate Shoto Federation – JKS (or Japan Karate Shotorenmei 日本空手松涛連盟 in Japanese), an entity founded by Tetsuhiko Asai and currently led by Masao Kagawa (9th Dan).

Tetsuhiko Asai shihan was one of the greatest karateka of all time. He has become a true legend.

Since the 1940s, he devoted his life, body and soul to karate. To many, his acrobatic movements, skills, and knowledge were almost supernatural. Modest and humble, Asai introduced a wide range of techniques to karate — many brought from Chinese martial arts.

Thoughtful leader, Asai was appointed as the technical director of the Japan Karate Association (JKA), leading the Kenshuusei for many years. However, after the passing of Nakayama sensei, the JKA experienced political troubles and split. And after losing a 10-year legal battle, Asai and other colleagues (including Keigo Abe and Mikio Yahara) left the JKA. Asai started a new organization, with the mission of propagating a more inclusive and comprehensive karate: the Japan Karate Shotorenmei (JKS). 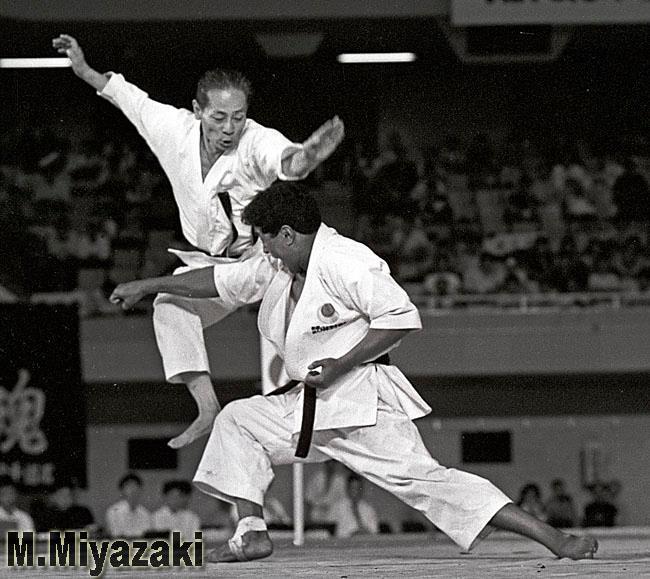 What to expect when you start practicing.

I don't have experience in Karate. Do you have a beginners class?

Our group is friendly and respectful of new students. It is part of who we are. After all, we all started as beginners.

Almost all the people who join are inexperienced. We will start teaching you the basics and work our way up to intermediate and advanced levels. And we do that together.

We firmly believe that a class with both beginners and more experienced students promotes a stronger and faster growth of the group.

What should I bring to my first karate class?

For the most part, you need to wear your gym gear — or some clothes that allow you to move freely.

Do I need a uniform (karate-gi)?

Not for your first few classes — see above. However, as training progresses, having a karate-gi (karate uniform) becomes essential. You will move better and save your regular clothes.

Uniforms for jiu-jitsu, judo, taekwondo, and others are not accepted.

Do you offer trial Karate classes?

The first week is on us. We want you to come and feel it.

Sign up below and come to train with our group, we are sure you will enjoy the classes. We love teaching karate and we hope you experience that.

I practiced karate in the past. Do I need to go back to the white belt?

Usually not, come with the belt you have (and bring your certificate, if you have one). We will evaluate your experience and adjust according to the JKS grading system.

When is the next intake?

Registrations are ongoing. As long as we have classes, you can join. We do prefer that you start on a Monday, however, we understand if that is not possible.

Please be punctual — arriving early to get ready is a good idea.

Start Today
The instructors are the best!! Pretty common for people to be afraid of trying something new but Gui and Nay make you feel so welcome 👍👍

Aleeya L.See on Google
I’ve never met anyone as passionate about karate as Shinjigenkan Canada. They have created a warm, inviting environment for all kinds of learners to learn traditional karate. These people don’t mess around!

Alison A.See on Google
Great dojo to learn at.
Sensei is knowledgeable and patient.

Damián C.See on Google
Previous
Next 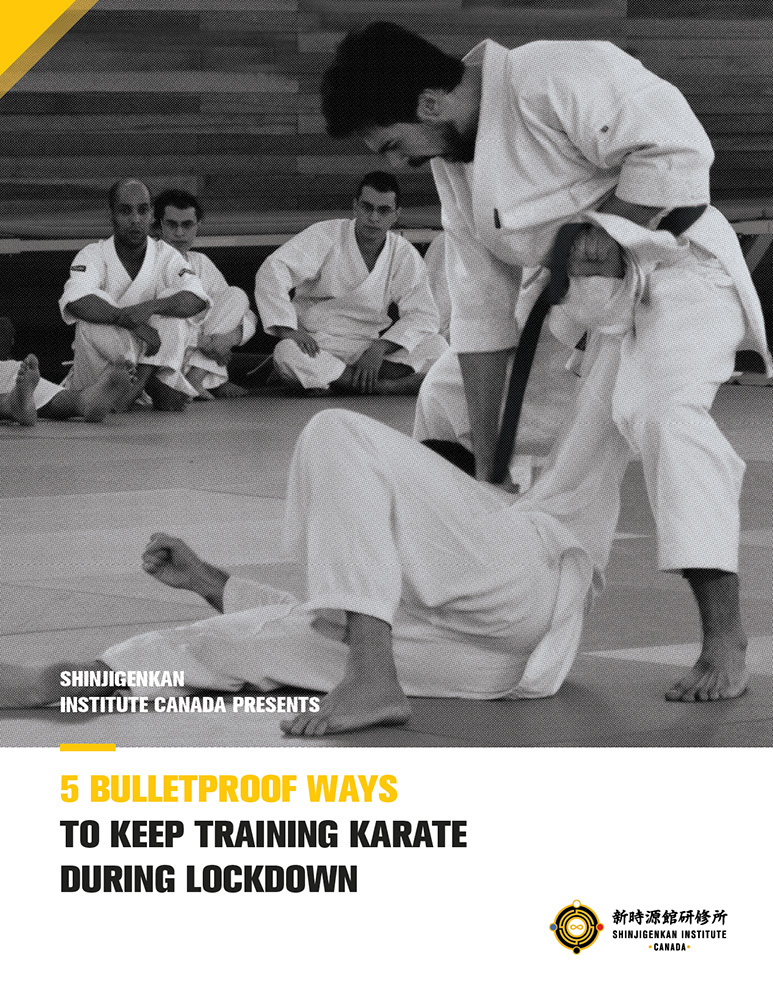 Receive your 5 Booletproof ways to keep training karate during lockdown.

Just fill the information below and we’ll send it to your inbox in a few minutes. 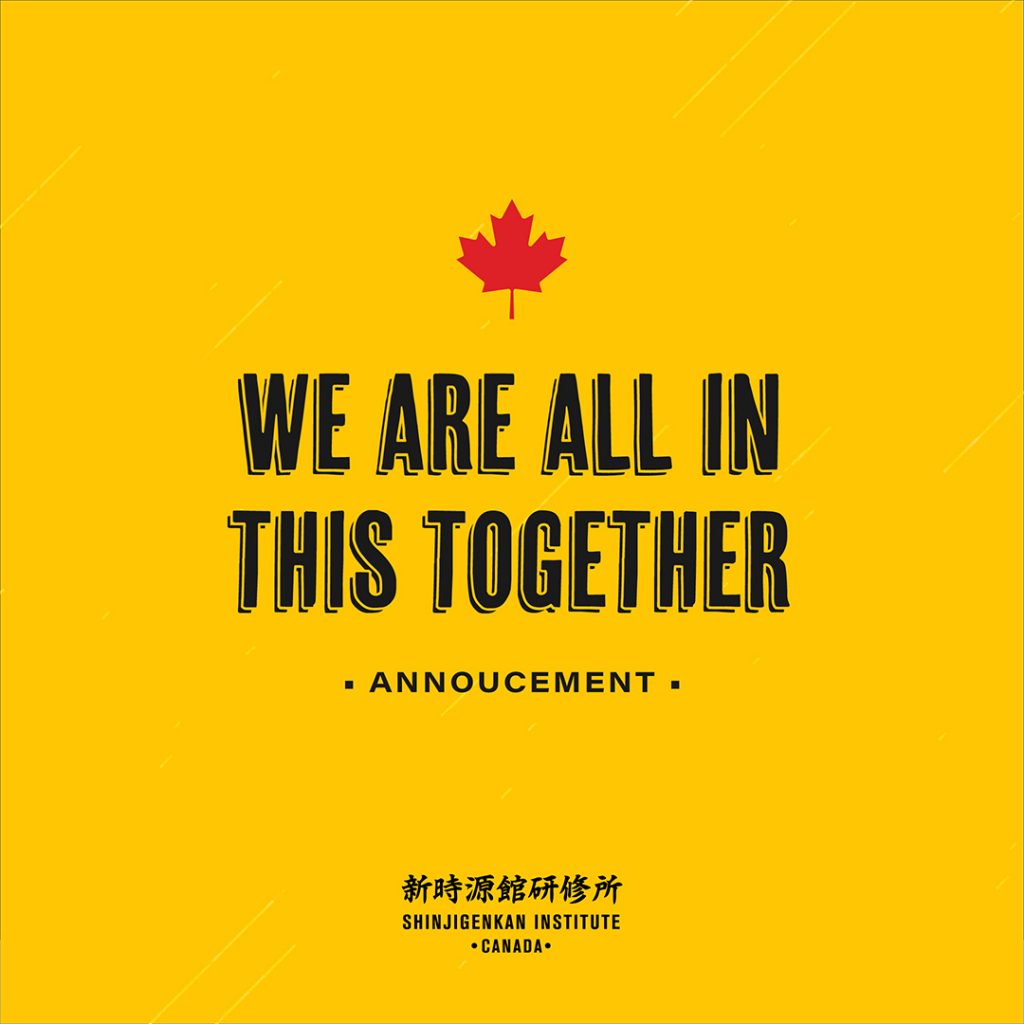 As we continue to monitor the COVID-19 situation in Winnipeg and Canada, we have come to the difficult decision to temporarily pause all our activities — in hopes of helping slow down the spread of the coronavirus by physical distancing.

Although we believe that to keep practicing Karate is essential and beneficial to balance our lives, we feel obligated to do our part to help and combat the spread of the virus.

In the meantime, please take the necessary precautions released by Health Canada and continue training at home. We’ll go through this, together.

Stay active, stay healthy, stay safe. We are all in this together.